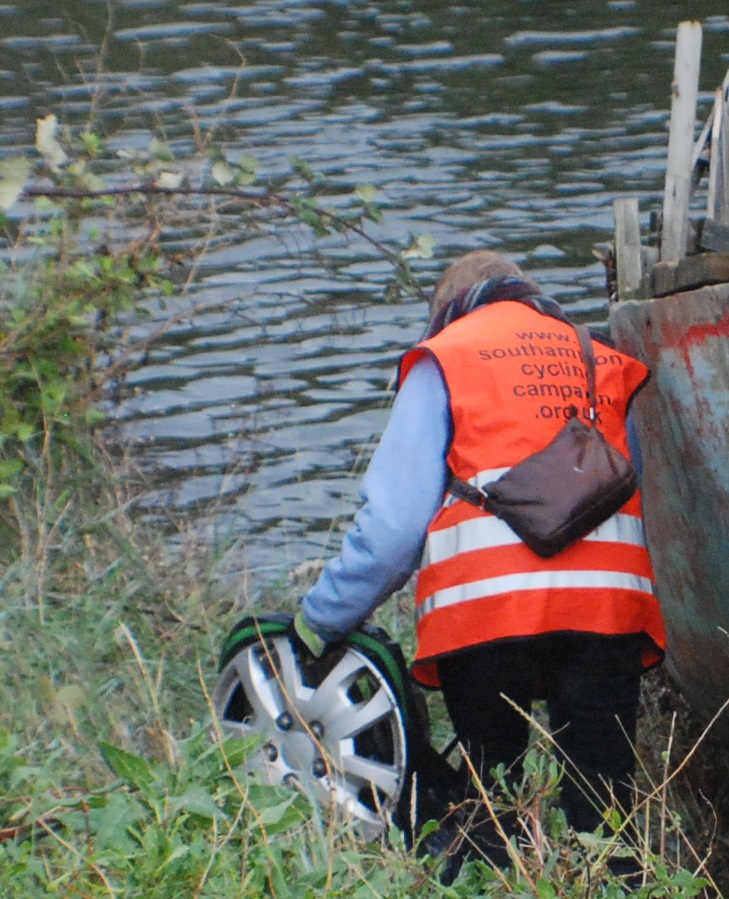 The sun came out on Sunday afternoon as the group of dedicated volunteers arrived outside the Junction Inn, St Denys armed with litter pickers and black bags.

The Green Party is concerned about the number of boat carcasses dumped on this part of the river and that no action is being taken to remove these.

Many pieces of litter were picked out of the foliage around the foreshore. Aluminium cans were recycled, plastic bottles, and a variety of plastic debris were removed from the site leaving the area much safer for water fowl and other creatures that habit the river.

A highlight of the community was being joined by Heather, aged 8, who got stuck into  the clean up and said she would be happy to help in any future clean ups.  Her mother Emma asked if we can contact her when doing this.  Heather said,  “I love cycling round here and don’t like to see the rubbish in the water”