John has been elected to fight Southampton Itchen in the 2015 General Election. 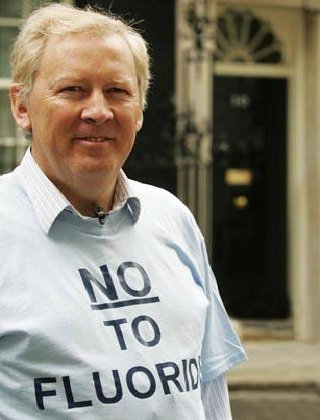 John Spottiswoode is married and a father of four adult children. He is Director of Energy Saving for Businesses ltd and also runs the online site Nutirtion-UK.

John led the highly successful campaign to stop water fluoridation in Southampton, setting up Hampshire Against Fluoridation in 2008 and is the Chairman.  He also chaired the Southampton ‘yes’ campaign for fairer votes.

John has two university degrees, one in Engineering and one in Social Sciences.  He also has diplomas in advanced nutrition, herbs and anatomy with physiology.  John has a strong interest in health, particularly in how nutrition can slow down or reverse degenerative conditions, and how self-help could increase life expectancy as well as reduce the load on the NHS.

John Spottiswoode was on the Steering Group of Southampton Local Involvement Network, working with the NHS works so it gets better in serving the local community.  He has also been a School Governor in two Southampton Schools.  He has written fiction e-books (Egg Ship series) and an autobiography of his early life (Abuse and Privilege), all published on kindle.

John also has a particular interest in economics as the basis for creating a fairer and sustainable society. This includes support for the Oxfam Campaign to create a Tax Dodging Bill within 100 days of the next Parliament.

John says “We can address the problem of inequality in the UK and around the world by making big corporations and big earners pay their fair share.”