Could Southampton be part of a Windfall?

The £557m UK state subsidy agreed this week in a deal with the UK offshore wind sector is a welcome boost for the renewable energy markets and Southampton should be capitalizing on this. Those communities encouraging wind farms along their coastlines can enjoy some long term economic security for decades and will be able to further build supporting industry and economic activity based on the sustainable energy generation systems already proven globally. 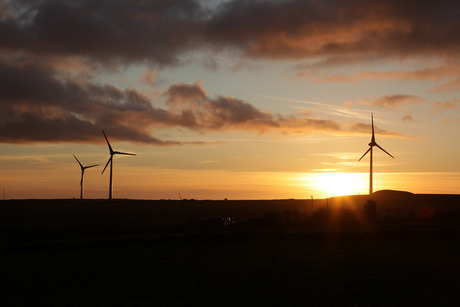 There will now be further opportunities for expanding more wind farms that have already proven to be very successful. New developments are helping to bring down the costs of installing farms like the Hornsea One development located 75 miles (120km) off the Yorkshire coast which started generating power last month.

A feasibility study should be immediately commissioned to site large turbines along the shallow parts of Southampton water. Both sides of the navigation channel have the potential to harvest energy without upsetting land owners as the foundations can be mounted in the tidal flats away from land dwelling populations.

The most modern giant 8MW turbines at almost 200m tall have the ability to capture wind above the height where turbulence from the land has a vastly damaging effect on generation. Near-shore turbines that have connection points closer to the onshore grid mean less power lost in the delivery lines.

Southampton must not continue to be left behind in this potentially lucrative opportunity. Our maritime city must not accept solely being a minor player. The port must adapt and be the S.Coast hub for distribution networks, service and maintenance and ultimately balloon the manufacturing side of things.