How the EU works for Southampton

It has only been a few days since David Cameron returned from Brussels with his EU renegotiation package, so now the decision falls to we ordinary men and women here in the UK to decide our future, and whether it’s best served in or out of the European Union. For most people, this decision has been a difficult one to make, and many more have still yet to make their minds up. With some people already convinced one way or the other, perhaps the middle group is where the outcome will be decided.

The European Union is by no means a perfect institution. For one thing, it is not as democratic or accountable as it could be. For example the Transatlantic Trade Investment Partnership (TTIP)is a markedly undemocratic proposal. It is a secretive trade deal which could allow trans-national corporations to sue our government, if government legislation reduces their profits. This could lead to further privatisation of vital public institutions like the NHS. Both of these issues come together in a shocking statement from the EU’s trade commissioner Cecelia Malmström: “I do not take my mandate from the European people”. It is therefore understandable why the ‘Leave’ campaign has the support of people across the political spectrum, including members from every major party in the House of Commons and across the Green Party. The EU is also a cause of frustration for some in areas such as its expense – the UK’s net contribution to the EU’s budget in 2013 was £8.6 Billion. The most crucial maths when discussing our relationship with the EU is that our contribution is the equivalent of  £340/per-household, but it is worth £3000 back.

The EU provides us with so much more in our everyday lives than we realise. The environmental, economic and national security benefits are not something we should hastily dismiss, despite the fundamentally undemocratic nature of some EU decisions. Although some argue that regulations placed on us by the EU are a bad thing, I would argue differently. The EU has provided us with many environmental protections, such as the ‘Water Framework Directive’, the ‘Habitats Directive’, as well as ‘Environmental Impact Assessments’. These pieces of legislation, which protect us and our environment, cannot be guaranteed to the British people if we leave. Some issues are more important than any individual member state, or are even bigger than the EU as a whole; a cross-boundary set of regulations ensures that every one of the EU’s 500 million citizens gets a better quality of life.

The economic security that the European Union provides us with is vital to our country’s economy. In terms of size, the EU’s single market boasts $16.6 trillion and 500 million people. If we were to vote to leave the EU, access to the free market under the same conditions we currently enjoy is by no means guaranteed – which could cost UK businesses billions per year. When asked, those who want to leave the EU state than an independent UK would be able to negotiate trade deals with whomever we wanted, but these trade deals could very well end up looking like TTIP. If we were to pursue a deal with the EU, we would also be negotiating from a much weaker position; as a market with just over 63 million people compared to a market of more than 500 million, we could face an even worse deal.

Southampton has benefited directly from our membership of the European Union. The EU has provided funding to the Southampton based energy firm ‘SEaB’ to help expand into different European markets, which directly benefits our city. The University of Southampton has received funding from the EU for research, granting 14 PhD students the opportunity to work with European Organizations in 2014. Although many backers of a “Brexit” argue that this could easily be funded by an independent UK, it does not at all give universities a 100% that funding for sciences will be upheld; to keep our place on the world stage as a leader in innovation, we simply can’t afford this risk to our universities. Finally, a departure from the EU would definitely decrease the number of international students that bring fantastic diversity to our city. 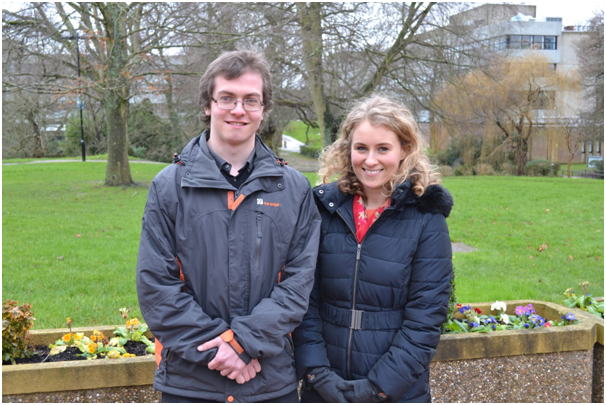 The EU is not perfect, but our nation, our city and our families all benefit from the Union in many ways. Our country has, for many years, been a strong supporter of internationalism, and I don’t think now is the time to change. On Thursday, June 23rd, I will be voting from Britain to remain in the EU and I hope you will join me.

By Kieren Brown  (Pictured with Alex Philips). Ms Phillips is second on the Green Party list for the European Parliament.

Kieren is standing as the Southampton & District Green Party candidate in Portswood ward on May 5th.