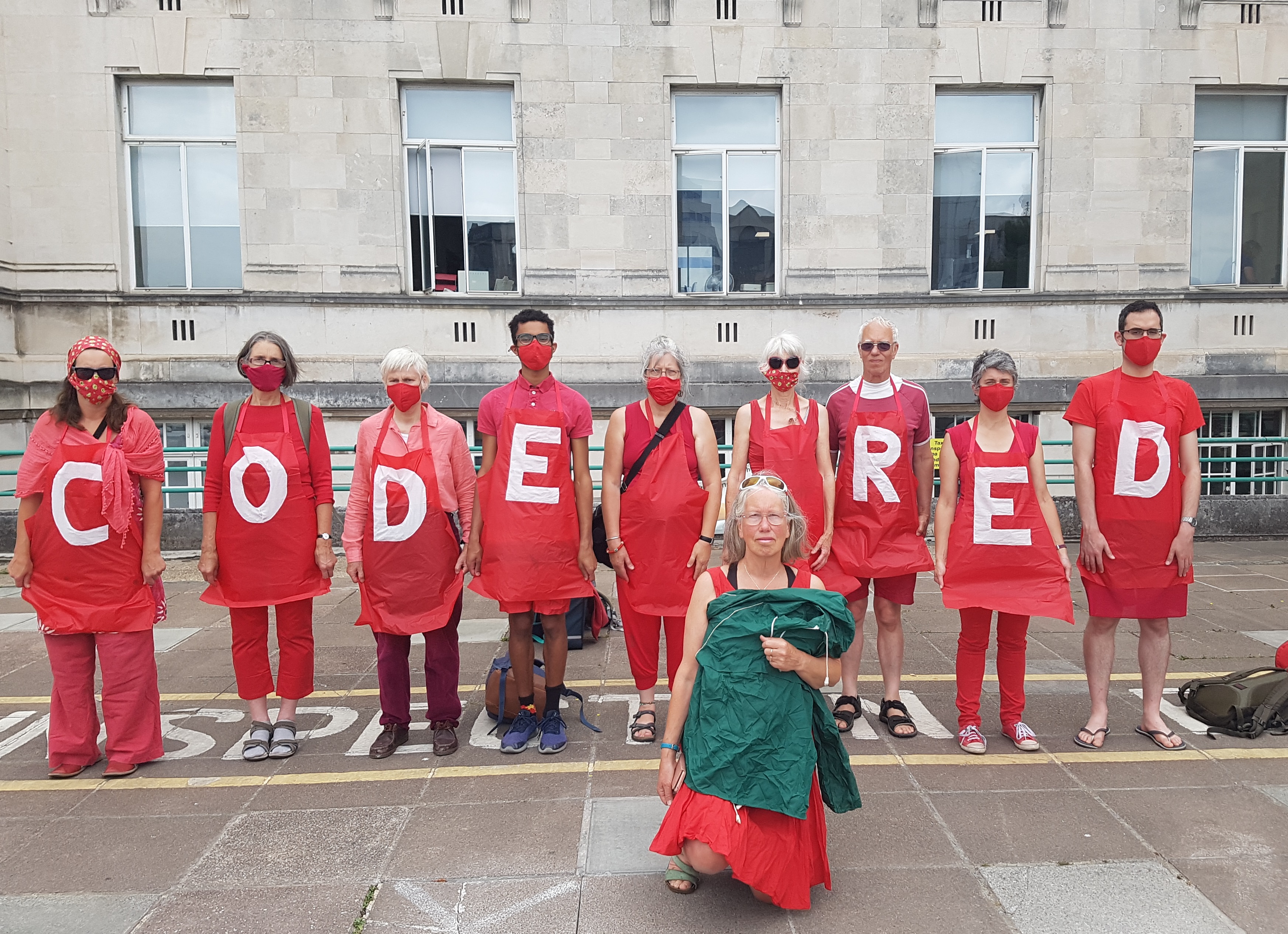 The afternoon after UK temperature records were smashed with the hottest temperatures on record, recorded in Coningsby in eastern England, a group of climate protesters presented themselves outside the Southampton Civic building prior to the full Council monthly meeting.

Although policy makers need little reminding that global temperatures are heading towards catastrophic climate change, the group which included activists from Friends of the Earth, Green Peace, the Green Party and Transition Towns gave out some strips of recycled paper with an explanation on how perilously close to the internationally-agreed threshold of 1.5 degrees above pre-industrial levels of global heating the world is.

Katherine Barbour, a local Green Party activist (pictured in the forefront above) who helped organise the event, was visibly distraught that governments are not complying with the COP26 agreements.

She said, ‘Amid the bitter blow that temperatures records were broken in yet another year there was a snippet of good news. Yesterday the High Court in London ruled that Net Zero Strategy, which sets out plans to decarbonise the economy, doesn’t meet the government’s obligations under the Climate Change Act to produce detailed climate policies that show how the UK’s legally-binding carbon budgets will be met.’

‘At least now our government will be forced to rewrite a strategy which will include realistic detail on how our country will mitigate the climate crisis.’