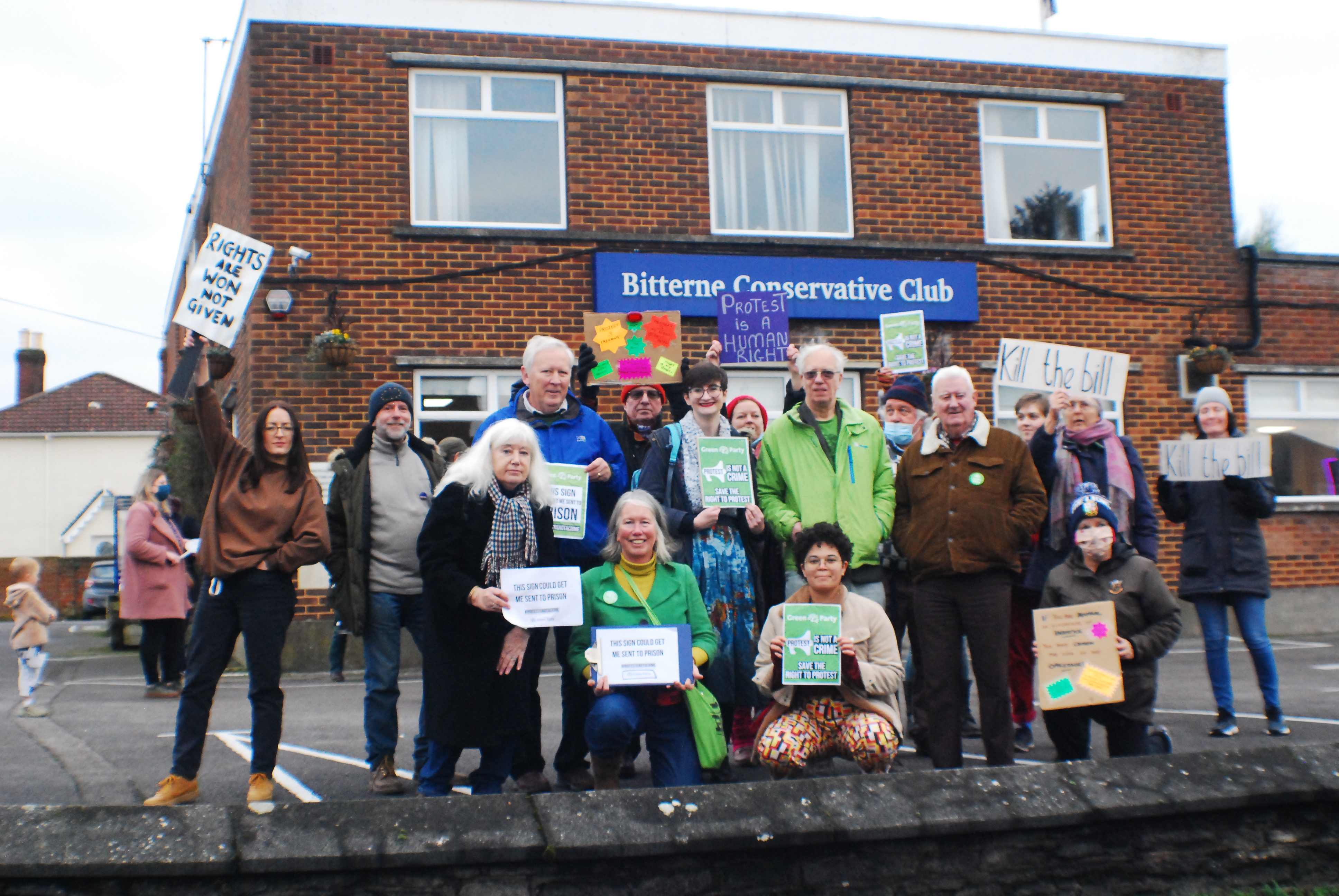 Southampton & District Green Party consolidated with friends from Extinction Rebellion and some anti-BREXIT supporters on Saturday afternoon outside the Tory Itchen constituency offices on Dean Rd. The event coordinated by the local Green Party was to protest against the Police Crime and Sentencing Courts bill (PCSC).

The final draft of the bill which has had amendments snuck into it faces the House of Lords and a vote on Monday 17th Jan. This is the final chance to send the bill back to Parliament where it could yet be kicked into the long grass.

“We’re outside Royston Smith’s offices in Bitterne demonstrating our views towards the Conservatives about the bill that’s going through parliament at the moment.”

John Spottiswoode who helped organise the protest confirmed that he had written to Alan Whitehead asking him to help stop the PCSC bill.