At the end of 2017, two cyclists were killed within days of each other. Southampton Cycling Campaign and Katherine Barbour of the Green Party got together to consider how to remember these men and all the other cyclists killed on Southampton roads in this century.

As a result, a remembrance cycle ride will be held on Sunday 8th April; please do come and join us for all or part of the ride.

"I love this city and enjoy cycling around it - no one should feel scared of taking to two wheels. I call on the City Council to redouble its efforts to create safe cycle routes in Southampton." 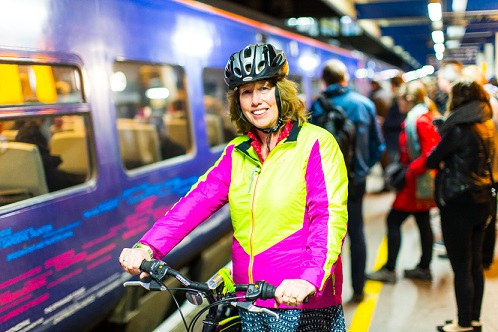 The reasons for this ride are:

Route: We will meet at Woolston Station. After stopping at the Itchen Bridge to remember the recent tragedy (John Morris) and Derek Witt (also Amber Mattingly killed on Bitterne Rd West), we will take a quiet route via the parks and Common to the Regents Park Rd/Millbrook Rd junction, where we will remember cyclists killed on Millbrook Rd, Mountbatten Way and Thomas Lewis Way (Greg Dear, Jordon Wickingham, Robert Lee); from here via Second and Third Avenues, crossing at Redbridge roundabout, we will stop at Brownhill Way to remember Richard Gardner,the cyclist killed there in December, then returning to the city centre via quiet roads, the Common and the parks, stopping at the New Road/East Park Terrace junction to remember Sandro Filipik.

It will finish with tea/coffee at the cafe in the park.

For more information, please see the event on Facebook.