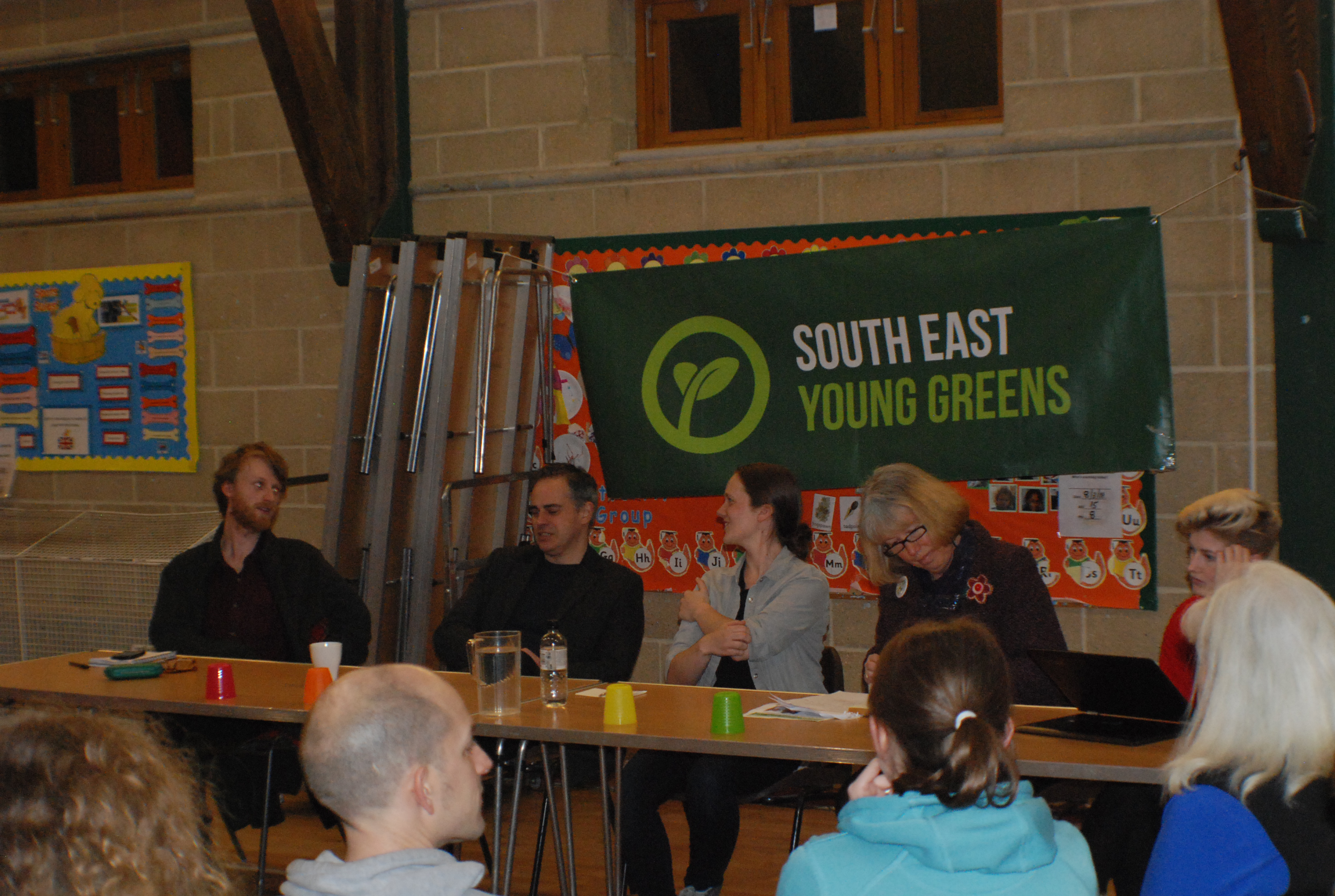 Thursday 8th of March, four of the Green Party’s most dedicated representatives sat on a panel in St Denys church in Southampton. The group comprised of Co Party leader Jonathan Bartley, Southampton local party delegate Katherine Barbour joined by Young Greens Dom Glover & Georgia Elander. It was an open discussion on where the Green Party's politics have to move to keep up with current situations facing them.

The general gist of the evening being a way of gauging the party members' responses to the issues pressing people who work within the party proactively, namely the environment, local campaigning, party politics (at home and in Parliament) and austerity.

All in all both panel and audience found themselves cornered by the politics of Labour and The Conservatives. Discussions often centered around how these parties make the Greens internally a party of many alternative views but under represented both in local and national levels.

Georgia was keen to express how the Green Party helped her to see the dodginess within politics, While Dom felt strongly about similar ideas too. Katherine and Jon discussed these ideological functions of the party further whilst putting the youth members in the hot seat all rounding their arguments to the importance of success fulfilling all members and communities needs and the demands that are succinct to the responsibilities - the tasks that face grassroots politics.

So no gathering like this is really complete without a lovely vegan tea spread to complete it, thankfully - that was exactly how it ended. With a lot of productive conversation about the green intervention in the nations approach to climate change in the future.

Plenty to think about when it comes to climate restrictions and progress to clean up our cities. - we are better than how we treat the environment and the idea is to tell everyone through the medium of an active involvement in politics.

Up and coming events.