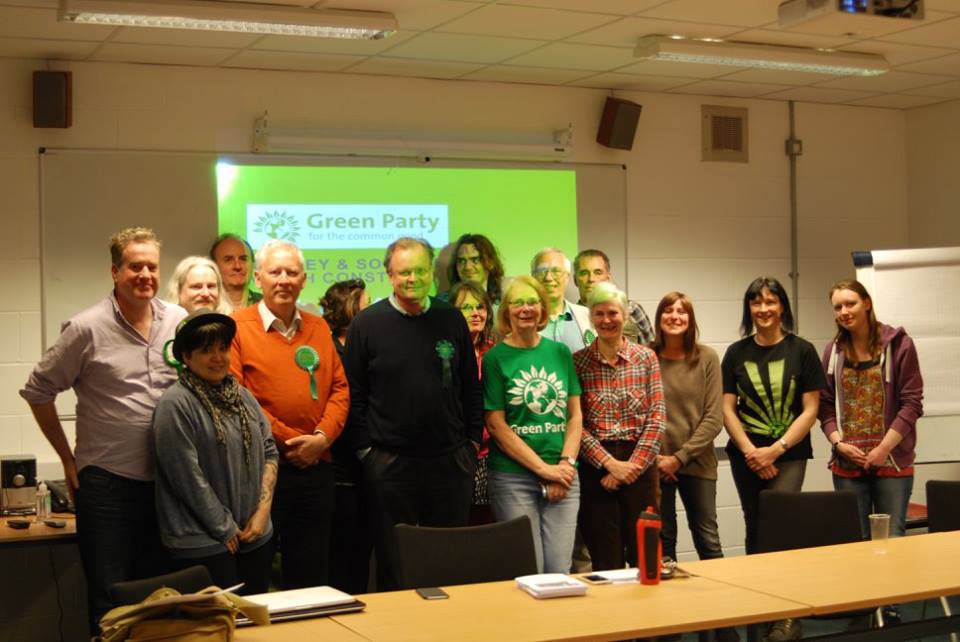 At Tuesday night’s Public Meeting arranged by the Romsey and Southampton North Green Party, the candidate Ian Callaghan focussed on many of the policy subjects released by the National Green Party in their General Election Manifesto on that very day. After a day of media spotlight on Natalie Bennett, it was the turn of Ian Callaghan and other local and Parliamentary candidates who were present to give their thoughts on the big issues facing voters on May 7th, and to listen to the concerns of local residents. A major topic raised by residents in the discussion was the need for large companies to contribute their share in tax. Responding to this, Ian Callaghan said that "only the Green Party had the policies to really bring about the necessary change in the mindset within some companies and the mindset of the tax authorities. We believe  paying tax, and the amount of tax paid, never has been and never should be a voluntary arrangement." “We would increase the number of staff at HMRC - heavily cut by the Coalition, allowing abuses like HSBC to go unchecked - by 15,000, to raise an extra £6 billion. We would also introduce taxes that are far harder to avoid, such as the tax on bank transactions (the so-called “Robin Hood tax”) and a wealth tax on those with assets (such as homes and land, which you can’t hide away) over £3 million.”Also present at the meeting were Parliamentary candidates Ron Meldrum (Eastleigh) and John Spottiswoode (Itchen) and the candidates in the local elections for the two Southampton wards, Cara Sandys (Bassett) and Angela Cotton (Swaythling).  The Test Valley, Blackwater ward candidate Gillian Tunney was also present.Another topic of keen discussion was the Tory policy announced that day of selling off social housing at a discount, which Itchen candidate John Spottiswoode denounced it as, only worsening the present housing crisis by taking social homes out of circulation for those who needed them most.Also clear from the public response at the meeting, climate change remains probably highest on the agenda of concerns. Eastleigh candidate Ron Meldrum said that “we are sleepwalking into a crisis that will have to be cleaned up by our grandchildren” and "that only the Green Party was properly addressing this crisis with bold but realisitic and achievable policies".