A group of local Green Party representatives and activists travelled down to Brighton on Saturday (28/03/15) to support Caroline Lucas MP in her campaign for re-election to Westminster this MaySouthampton Test Green Party PPC Angela Mawle, was joined by representatives from Southampton, Romsey and Eastleigh in a visit down to Brighton. The group joined a number of others in door to door canvassing, and leafleting. Our local representatives took the task of running a stall situated in a central market, and here is where they were later joined by Caroline Lucas herself. 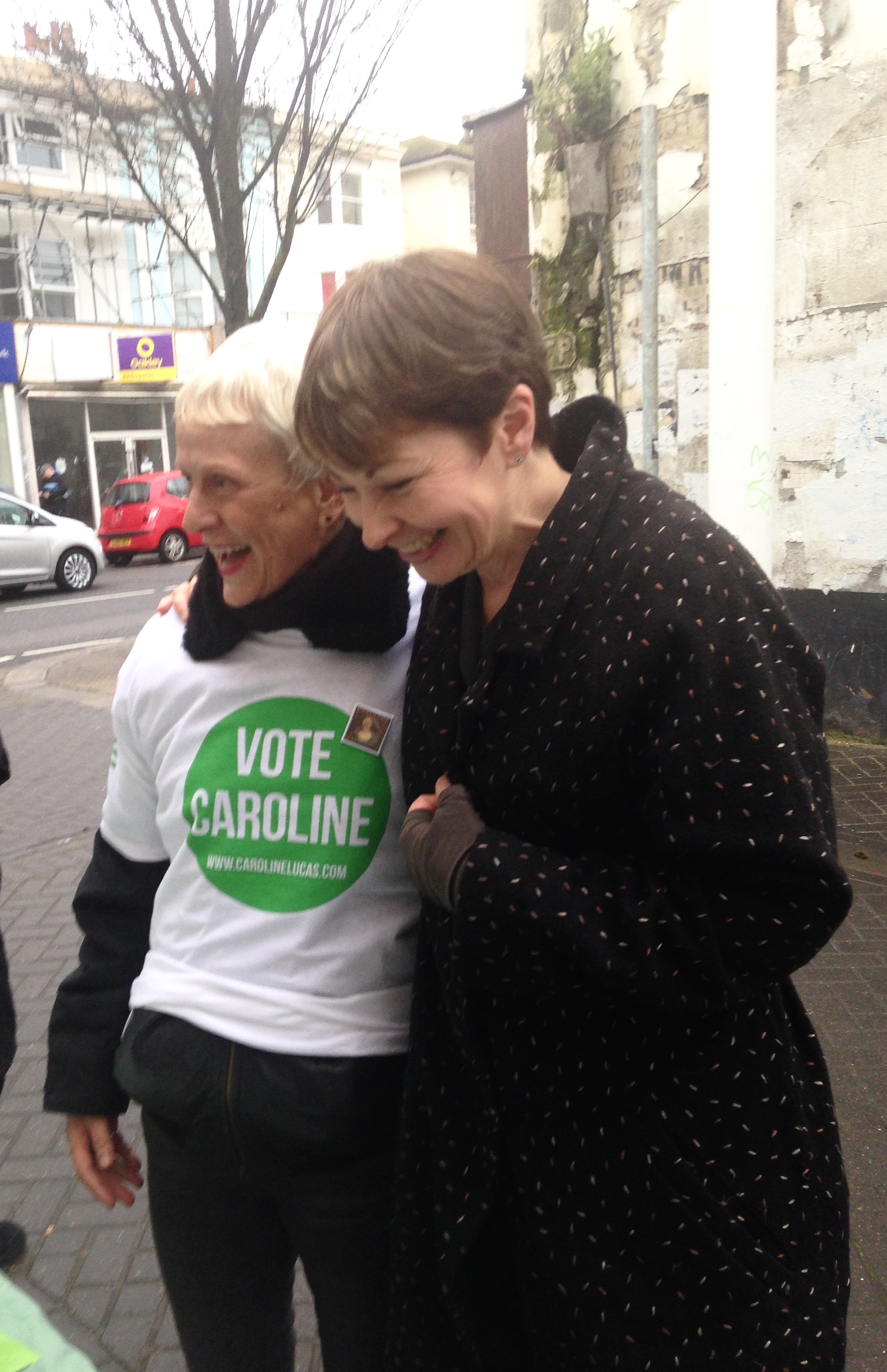 Angela has previously worked with Caroline Lucas in the voluntary sector, making this occasion a joyous reunion for the PPC in addition to an important campaigning session for the party. Angela commented: It was great to catch up with Caroline and see the amazing work going on in Brighton. It is inspiring to see the amount of support on the ground for her, and the wider Green Campaign. It was also a fantastic chance to gain an insight into other campaigns right across the country, and see the green surge in full flow.”

Green Party members and activists from all over the country have been travelling down to the Brighton constituency for several weeks now to help #teamCaroline. This Saturday alone there were representatives from Oxford, London, Bristol, and the Green PPC for Surry Heath where current Conservative MP and Chief Whip Michael Gove sits, to name but a few. The Scottish Greens have also been down this week to show their support.

Caroline joined the representatives from Southampton and District and other areas for some warm lunch mid campaign and thanked them for making the journey down to support her.