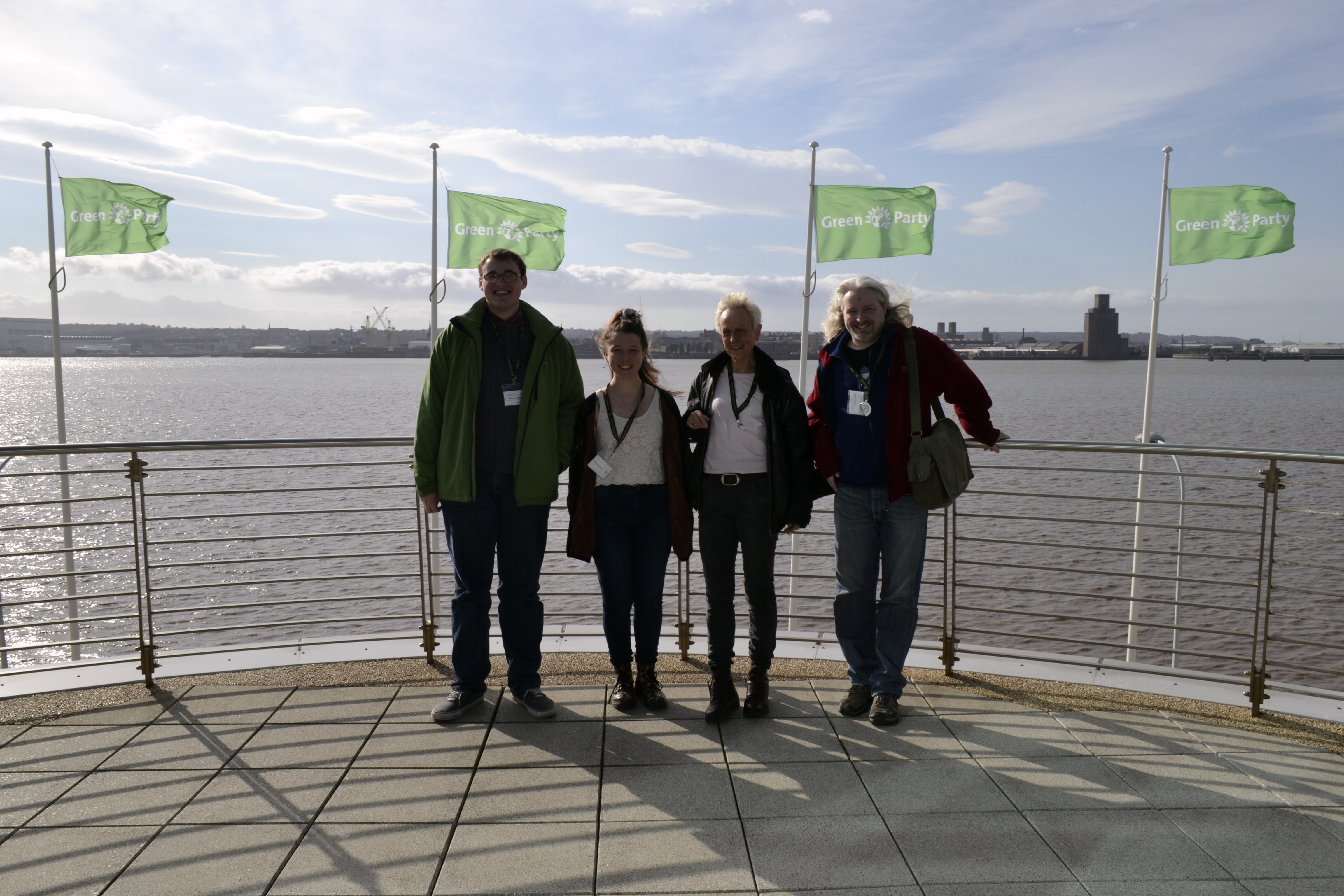 The Green Party Spring Conference in Liverpool partly celebrated the growth in membership and support for the party. It also called for action in the last few months before the general election on the 7th May. The conference, moved to the larger BT Convention Centre to accommodate the “Green Surge”, was a perfect opportunity for the party to express its self-confidence, based on the growing interest both within the public sphere and since reflected in the media.

There was a mixture of plenaries, discussions panels, policy amendment discussions and voting, leader’s speeches, stalls, fringe groups and many more diverse activities for us all to enjoy. It gave Green Party members from all around England and Wales a chance to meet each other, exchange ideas, and learn from each others local strategies. Workshops allowed us to discuss policies in more depth before they came to the conference floor, and ‘fringe’ sessions including how to engage in craft activism (‘craftism’) run by the young greens were as fun as they were useful.

This is not to say the conference was a complete green love-in. There was plenty of debate and disagreement over policy. This included debate over amendments regarding the NHS and localism. The Young Greens, who have been at the heart of the Green Surge, were able to push through their motion on Higher Education, despite some opposition. This was most heartening to witness - the youth movement of a now maturing political movement having a huge say in its direction. 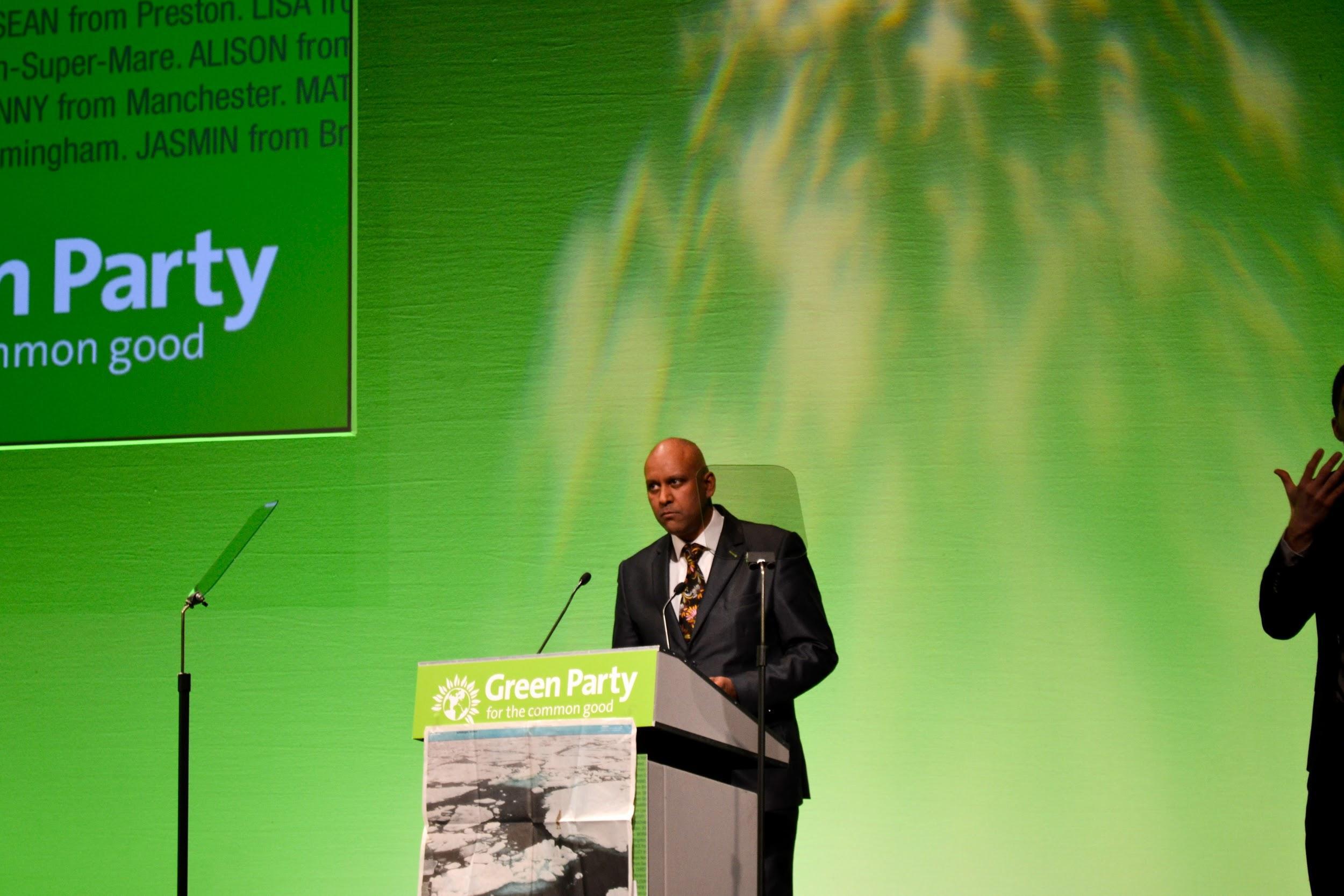 The Deputy leaders, Amelia Womack and Shahrar Ali, gave passionate speeches. Amelia focused on what The Green Party can offer to the public, highlighting the commitment to free tuition fees for those entering Higher Education. Shahrar focused sharply on the coalition’s desperate failure, from tackling climate change to enabling the bankers to continue to prosper whilst the poorest struggle under the crushing weight of an ideologically-inspired austerity regime.

On the Saturday evening of Conference, the Young Greens held a ‘quiz night’, as is tradition by now. As well as putting us through our paces, the quiz also managed to raise enough to stay in budget and fund the 30 under 30 scheme for the next year.

The co-chair of the European Greens Party gave a passionate speech encouraging the Green Party of England and Wales after its recent increased membership reminding us that we are now the second largest Green Party in Europe. A panel session on the success of anti-austerity coalition Syriza in the Greece, including a member of the Greek Green Party (which is part of the coalition) via Skype was interesting to see how the Greek parliament could challenge the neoliberal status quo that has spread across Europe with disastrous outcomes for the poor in many nations. And on the last day of the conference a Q & A session with Natalie Bennett, Amelia Womack and Shahrar Ali allowed delegates to ask many questions about policy, the coming elections and running of the conference, including a notable question from a deaf man who highlighted the problem of accessibility for disabled members within the Party at both local and national levels.

With an election imminent there were a number of training sessions on campaigning and the coming manifesto. Also, as a reaction to the Green Surge, and as general good advice, there were training sessions and discussion on how to get the most of volunteers - particular the new members - and how to use social media for campaigning.

From Ron Meldrum, PPC for Eastleigh;

"I have been a member of the local Green Party for 4 years. This was my first visit to a GP conference. I was very impressed by the quality of debate, the quality of chairmanship and quality of presentations. The conference gave me chance to meet executive officers, take part in healthy debate and discuss my ideas amongst fellow GP members. I also took part in the in some of votes for new policies. Overall, it was a great experience and I will probably go the next conference in September."

Autumn Conference in Bournemouth seems a long way off now, since we have an election to contest first! We hope you’ll join us there on the back of our campaign.