Voters in Hotly Contested Eastleigh Constituency now have a Green Candidate to Support.

Ron Medrum the recently selected Prospective Parliamentary  Candidate for  Eastleigh is the first candidate for the party there since 2001 when Martha Lyn stood and got 1.3 per cent of the vote. 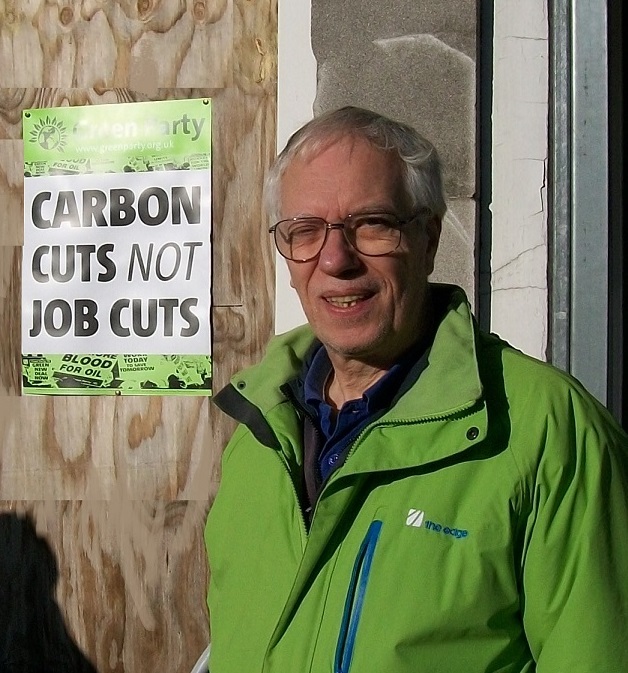 This time around, Ron believes things will be different. He said:

“People have become much more aware since 2001, and they are aware that politics has not changed to vehemently challenge the biggest problems in society as is required. People are more disillusioned with politics than ever, which is where we come in. We are the only party that offers something other than the status quo, and the voters are starting to see that.”

With Green Party membership nearing the 65,000 mark nationwide, this certainly seems to be the case. Eastleigh has always been a seat of interest with hot contests between once marginal parties in recent elections.

Ron is particularly interested in education and mental health and the link between the two. He is pleased at recent announcements regarding making PSHE (Personal social and Health Education) compulsory as put forth by Green MP Caroline Lucas, but also goes further to say that emotional education must be at the core of the system. This is a popt are voiced in parliament.

The Eastleigh Green Party Candidate also supports bringing the railways back to public ownership for the common good. He said:

“The railway is an important issue for us all, especially in Eastleigh. Re-nationalisation would be giving the railway profits back to the local people rather than private individuals far afield.”

If elected Ron would like to help Eastleigh become a greener town and improve its appeal as a place to live as well as ensure the issues residents are most concerned about are voiced in parliament.

Ron is one of a record 16 Green candidates standing right across the county with another 2 waiting to be finalised to give them the full set of 18. There are green candidates in 75 per cent of constituencies nationwide with 84 in the South East.