In a historic first we are particularly pleased to be able to field a candidate in the constituency of Romsey and Southampton North this election. The constituency is a large one and incorporates a diverse community of city, town and rural families. As such the issues facing the constituency are varied and demanding.

It is important that we reduce our CO2 footprint to avoid potentially catastrophic climate change. Local residents in many parts of the constituency have already seen and felt the effects of serious flooding. Climate modellers suggest that without change in our behaviour, these types of events – which are highly disruptive for both commerce and daily life – as well as seriously unsafe – will become commonplace. Like it or not, we have to get serious about this, and only the Green Party is truly committed to the kind of change we need.

For more than two decades now, different governments have tried to introduce completely artificial “market” mechanisms into the NHS, with a view to allowing private companies to make profits from this vital public service. The Green Party believes that Healthcare is not a commodity to be bought and sold and will aim to put the NHS back in public hands. We also recognises the need for better elder care in Southampton and will work to improve services for the frail and elderly whilst ensuring that mental health is made a bigger priority.

A Green transport system is socially just. At its heart is a re-nationalised rail service affordable by all. Improvements to bus services, cycling and walking schemes mean easier access to vital services and places of work for everyone. A Green transport system reduces road danger, cleans up our air and minimises congestion. It should use electricity, not oil and will transform our towns, cities and villages into places where people can more easily live, work and interact., 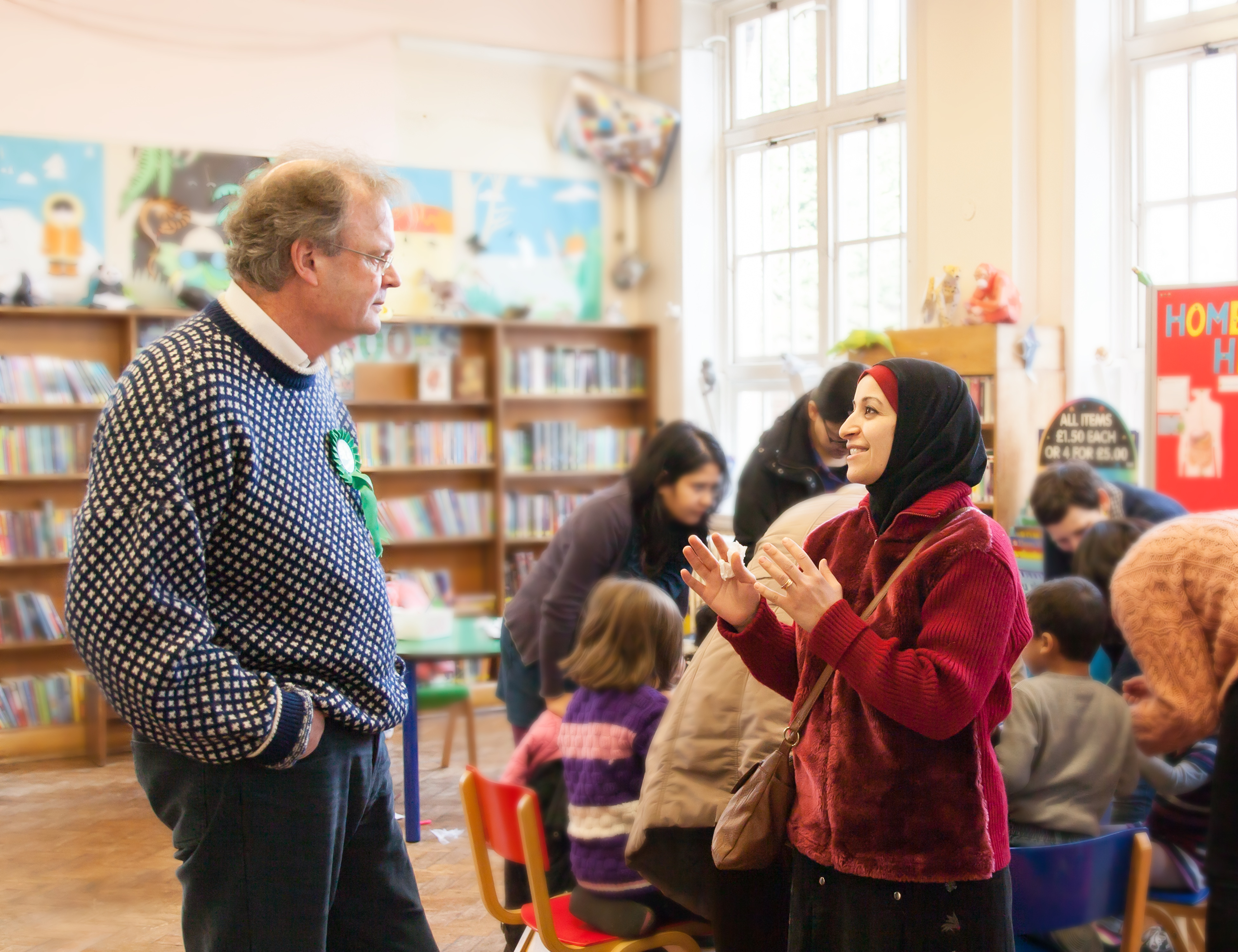 "Faced with an economy that’s now built on looking after the interests of the few not the many, every other party is at best tinkering at the edges.  The Green Party offers a completely different way of doing things, based on achievable and sustainable policies that will create a fair deal for all while leaving a positive legacy behind for the next generation.”

Over the last five years the Coalition’s austerity policies have continued the relentless growth of inequality in Britain.  Greens believe that the economy should be organised for the common good not for the good of a small elite or the largest companies.  While balancing the books, we will seek to reverse the drive to inequality by introducing a living minimum wage and a mix of tax measures aimed at the richest and at closing loopholes and abuses.  We will stop the benefits cap and spare room tax, and end the punitive sanctions regime that sanctioned 12% of claimants in the constituency in the last year.

The Green Party believes in investing in the young. We will scrap University tuition fees that currently put a burden of debt on students that most will be unable to pay. We will promote a comprehensive system of local schools offering mixed ability teaching, staffed by qualified teachers, and bring free schools and academies back under local authority control. In addition to secondary education we will introduce free pre-school education.

Since 2001 house prices have risen to unsustainable levels and lost their connection to average salaries. Council house building effectively stopped in 1984 and has resulted in a shortfall of social housing. While other parties continue to rely on private sector schemes which will most likely never materialise, the Green Party, through local government, will build half-a-million new socially rented homes over the next 5 years, stop building on flood plains and cap excessive rents instead of housing benefits.